Simple tasks such as buckling a helicopter seatbelt were practised when Search and Rescue volunteers got back to basics in chopper safety and first aid during quarterly training at Clareville, near Carterton, June 15, 2014.

At the Amalgamated Helicopters base, about 20 attendees were split into teams and put to the test in a series of emergency scenarios. 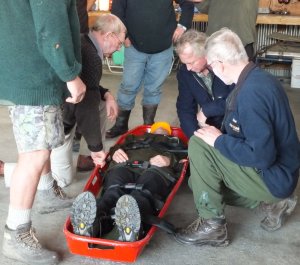 Wairarapa Search and Rescue team members load a `victim’ on to a chopper during training. 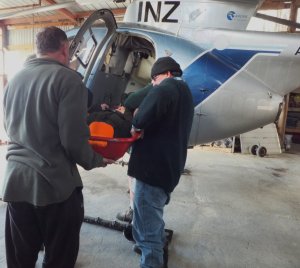 Out in the helicopter hangar, pilots refreshed volunteers’ stretcher loading skills and the use of scoop nets and nappy harnesses. Each volunteer practised swinging up into a chopper, fastening the door and assembling the multi-part seatbelt, after they were reminded that during a real emergency, with urgency and noise thrown in, basic training can ‘fly out the window’. 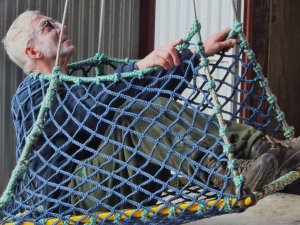 Although radio equipment was not in use during the training event, AREC members David Bray ZL2BA, Jeff Sayer ZL4JS and Nigel Boniface ZL2GHS attended.